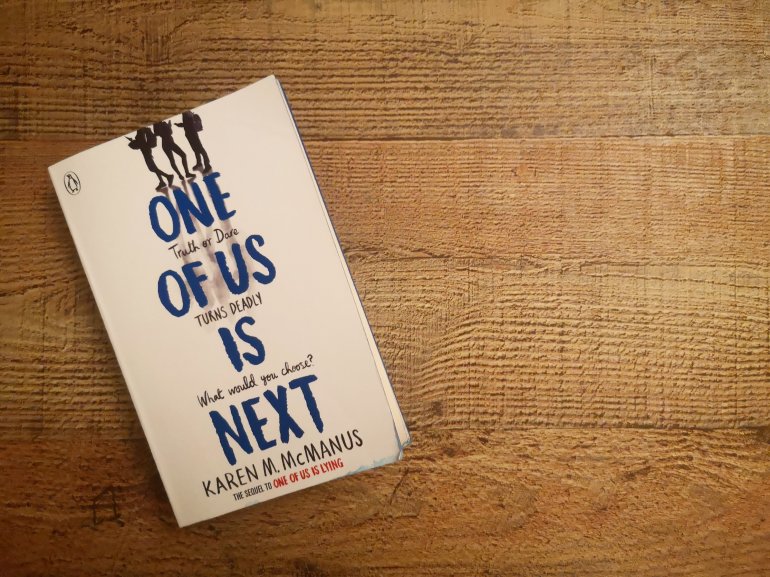 We reunite with the Bayview Four from the first book in this series (One of Us is Lying). This time the main protagonists whose viewpoints the story is told from are Maeve (Bronwyn’s sister), Knox (Maeve’s best friend) and Phoebe (not a friend of Maeve and Bronwyn yet, but this changes quickly early in the book).

Bayview High is just about recovered from the death of gossip king Simon Kelleher a year ago.

Now there’s a copycat in town who isn’t ready to forget him just yet.

A school-wide game of Truth or Dare seems fun, right?

But this game is lethal. Choosing the truth may reveal your darkest secrets. Accepting the dare could be dangerous, even fatal.

The teenagers of Bayview must work together once again to find the culprit, before it’s too late…

What did I think?

I loved McManus’ first two books (One of Us is Lying and Two Can Keep a Secret), in particular the former as the first in this series. They were five star and four star reads respectively for me, but this one fell short at just three.

I love McManus’ writing style. The character development and even more the relationship development were great, but I just found the ending of this one too far fetched. I didn’t “not” enjoy it, but I feel like it was borderline ridiculous how it finished. That’s personal taste I guess more than anything, but if you read my reviews regularly, you’ll know that that’s what will make a solid five star rapidly drop to a three star read.

BUT, if that kind of thing doesn’t bother you then you’ll probably really love this latest instalment from Bayview High.